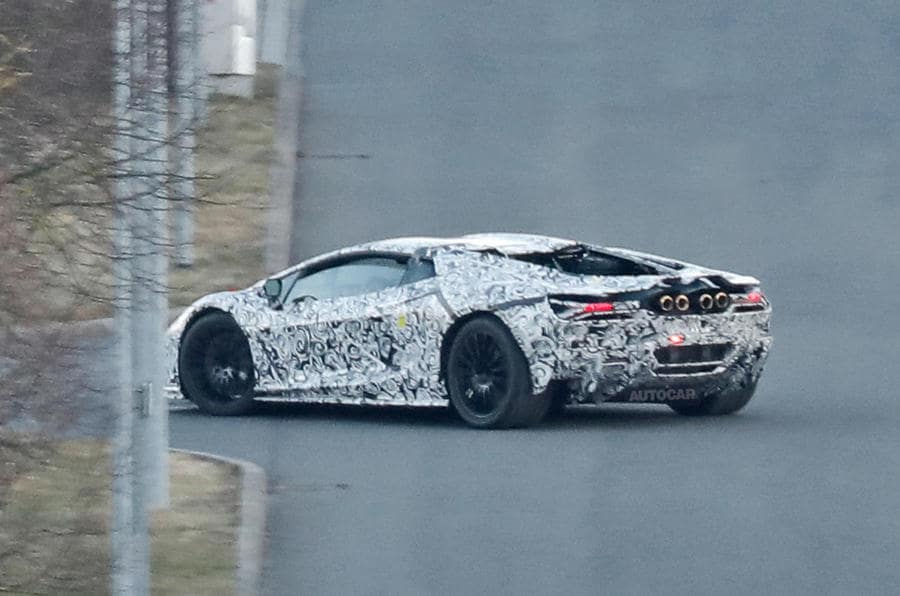 It seems pretty certain that the replacement for the Lamborghini Aventador will be called the Lamborghini PHEV. Many sources online are saying that it will be a plug-in-hybrid V-12 engine powering the PHEV. After nearly 10 years in production, we are excited to see how it turns out.

Lamborghini CEO Stephan Winkelmann revealed several details confirming the successor will be a plug-in V-12 in an interview with a Car magazine in the U.K. Several online car blogs have posted pictures of the new replacement to the Aventador with the spy photos showing a more aggressive design.

In the spy photos, you can see yellow lightning-bolt stickers which are seen when car manufacturers are testing hybrid and electric cars. Lamborghini has stated that the new V-12 will be designed from the ground up in order to integrate the new hybrid system. Instead of going full electric, the CEO wanted to stay true to Lamborghini’s heritage by keeping the V12 motor and adding a little electric juice to the mix.

This will be their first plug-in hybrid to come out of Sant’Agata’s but with their incredible track record of producing high-performance cars, we are sure it will be a top performer. One of the benefits that hybrids like the Le Ferrari have is the instant torque that can only be provided using electric motors.

The new design features large intakes integrated into the front bumper and side of the car. From the pictures, it looks like the rear has also been heavily revised. The quad exhaust system is now higher up centered between the Y-designed tail lights.

The new plug-in-hybrid Aventador successor will probably go on sale in 2023 and will probably be more exotic-looking and more powerful than ever.

According to Winkelmann the new Aventador replacement will have revised aerodynamics, suspension, steering, and brakes to compensate for the added weight from the batteries that will power the electric drive motor.

Still from the pictures released it is still hard to determine what the car will look like when released but it clearly shows that there will be some cool changes to the design and definitely some changes to the engine.